A Kickstarter project to revive the font creation landscape 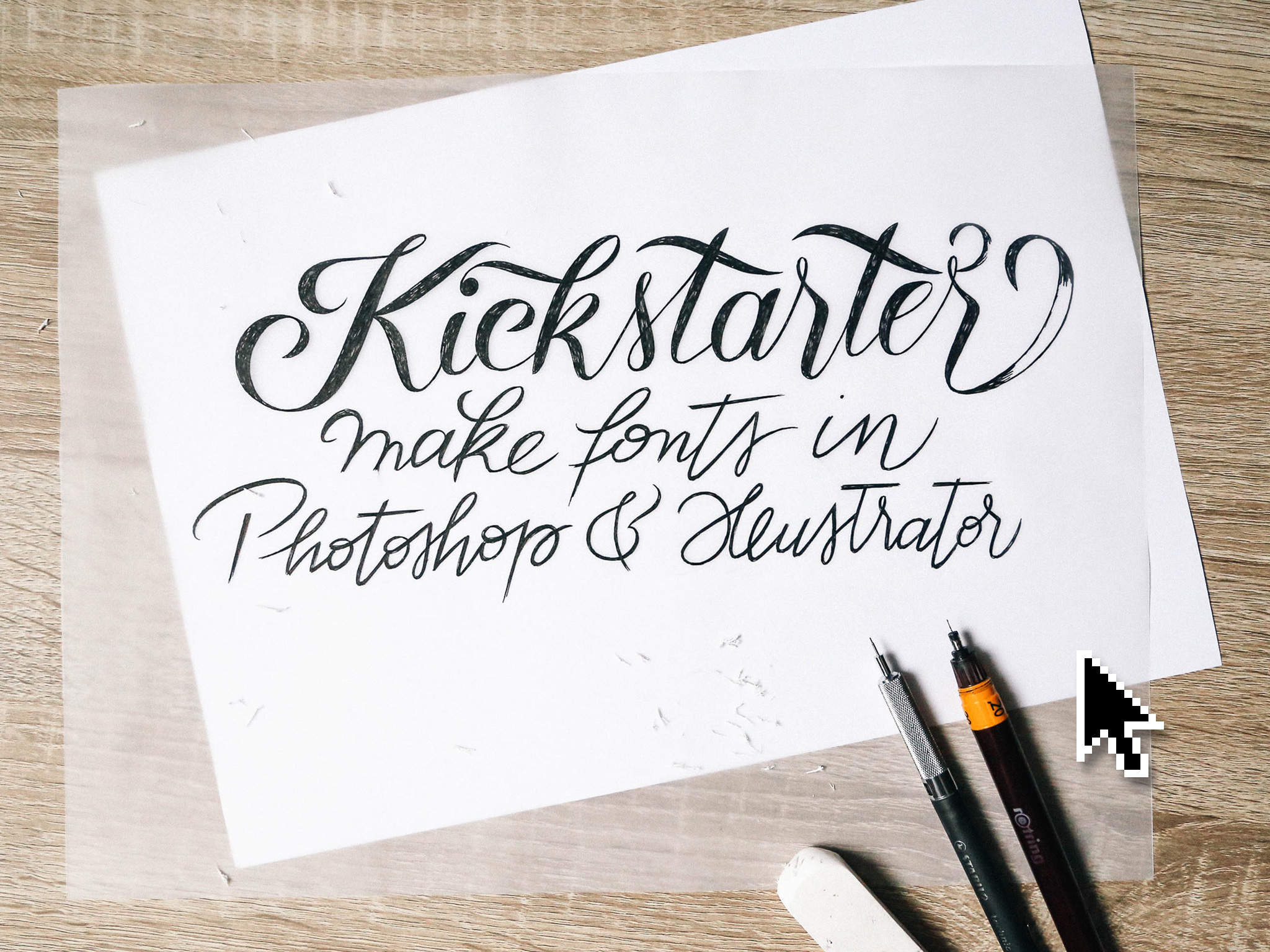 Over the past 9 years, I have been working on technological solutions to expose the wonders of colorful & handmade lettering to a wide range of makers and casual users, hoping they would get even more interested in everything related to typography, fonts and lettering.

Today, I reached a new milestone on my journey. It’s called Fontself.

Fontself will soon open the gates of font creation to a broader audience, by simplifying the type-making process to its simplest form, right within the most common creative apps, Adobe’s Photoshop & Illustrator, both of which are used on a daily basis by millions of creatives around the world.

I released a Kickstarter campaign to explain the why & how of this project: https://www.kickstarter.com/projects/franzhoffman/fontself-make-your-own-fonts-in-photoshop-and-illu

Obviously, this will raise a few eyebrows, but I truly — deeply — believe that the more people start experimenting and enjoying font creation, the more they will pay attention to the typographic choices around them, and appreciate the exceptional amount of work, dedication and talent that professional type-making requires.

This will also have unexpected results as it will generate an amazing, unexpected and crazy new wave of creative fonts. Things will get wild at first, but hey, that’s to be expected from creatives when a brand new field is at their fingertips, right?

Does this democratization of type design sound familiar to your ears? Or do you remember the days when the Macintosh and other tech innovations were supposed to kill every typographer and designer around? Well, I guess the pandemic didn’t occur, and many more are still thriving today… :)

Now, it is one thing to help people turn their creative lettering into their own personal fonts, but I also learned that it is equally important to help them share their own fonts, whether it’s with their colleagues or their friends, for fun or for fame, for free or for profit.

That’s exactly why I started thinking about new ways to make it really easy to submit a font to existing online font marketplaces or across social networks. Because creating fonts can be both a personal artistic experience as well as a professional one, people should have the same freedom of choice when they want to expose their creations to the world.

So, after spending a lot of time discussing with my Kickstarter backers and other creatives, I mocked up a simple tool that will complement my font creation extensions for Photoshop & Illustrator. I called it Fontself Catapult…

So what do you think? If anyone gets access to font creation & distribution, how will this #typocracy impact your world, your daily creative practise?

Whether you are a professional type designer, an art student, a children’s book illustrator, a teacher or just an enthusiast, I really look forward to hearing what you think about such democratization of type-making… and to seeing what you — and many others — will start creating with Fontself!

All your comments, critics & questions are welcome.
Thanks a lot for your attention,

Update: thanks to hundreds of Kickstarter backers & thousands of adopters, Fontself Maker is now a live product for both Photoshop & Illustrator CC. Check them out on www.fontself.com

It's the easiest way to make fonts in Illustrator & Photoshop.
‍
Thousands of creatives have already adopted it.
‍
‍
Check it out here :)